Here’s a piece of good news…later this month, my husband and I are invited to a soiree celebrating the opening of the “Hollywood Costume” exhibit, featuring a number of classic movie costumes that I am very eager to eyeball.

So of course my first thought was, what am I going to make? I’ll get to that.

The exhibit is presented by the Victoria and Albert Museum and the Academy of Motion Picture Arts and Sciences (the folks who bring you the Oscars), and it will be held at the historic art deco Wilshire May Company building in Los Angeles, soon be the location of the new Academy Museum of Motion Pictures. The exhibit runs from October 2nd, 2014, to March 2nd, 2015. (Here’s more info about the exhibit, from the Academy’s website.)

There will be more than 150 movie costumes to ogle, by revered designers such as William Travilla, Gilbert Adrian, and of course, Edith Head.

In my overflowing stash of patterns, I have a few that were released by the better known costume designers, some of whom had their own ready-to-wear lines at the time.

This pattern, released by Spadea: 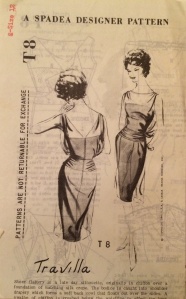 Marilyn’s dress, which became part of Debbie Reynolds’ costume collection, was recently auctioned for $4.6 million, according to the L.A. Times blog.

Another Spadea I have in my collection is this pattern designed by Charles LeMaire, known for costuming movies such as “All About Eve.”

On the pattern it says “Katherine Hepburn wears it in a film, but it has a place in everyday life.” It appears to be this dress from Desk Set. 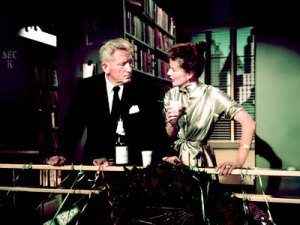 Katherine Hepburn could make a librarian look chic. I wonder if I have enough of that gold Tyvek in my stash to pull it off?

The designer known as “Adrian” released at least one pattern in the 50s, which is on sale on Etsy now, for $175! (Pattern by Adrian) At that price, you can see why I’m reluctant to share details of my rare patterns.

The ruby slippers that Gilbert Adrian designed for Wizard of Oz will be featured in the exhibition as well. A girl knows she’s not in Kansas anymore, when she’s got those glitzy pumps on her feet. 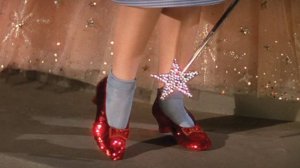 According to the Hollywood Reporter, Leonardo DiCaprio helped the future Academy Museum of Motion Pictures acquire the shoes for their permanent collection.

That pattern would make a good “Megan” dress for next year’s “Mad Men Challenge” hosted by blogger Julia Bobbin.

And Helen Rose, who designed, among many other things, wedding dresses for both Grace Kelly and Elizabeth Taylor, released several patterns for Spadea and California Couture:

There’s lots of information about Hollywood costume designers such as Adrian, Helen Rose and Jean Louis in this fun book about the vintage California look (I think I found it on Amazon):

I’ll admit, having grown up in snowy northern Michigan, watching “Wonderful World of Disney” and dreaming of sunny California, I have a highly romantized view of vintage Cali style.

And, of course, no costume exhibit would be complete without the diva of Hollywood costume design, Edith Head.

She put out a number of sewing patterns from the 50s through the 80s, like these “Hitchcock Blonde” suits: 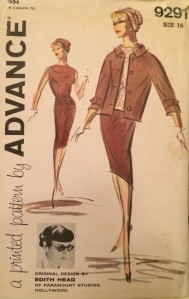 Among those patterns is this fab “reverse shrug” with a pointed fold-over collar and buttons in the back, which I’m going to attempt to make for the event, to wear with a little black dress.

I’m torn between using this 50s-looking raw silk I bought from Mood in L.A., underlined with 60s silk organza, (requiring seam finishes, grrrr) or some drapey gold Italian wool-viscose from Elliott Berman Textiles, lined with something or other. The wool might be too hot for fall in L.A., though. 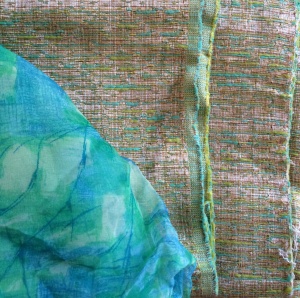 Whatever way I go, I’ll be busting my stash, and I get to pick out buttons!

More to come on this exciting exhibit!